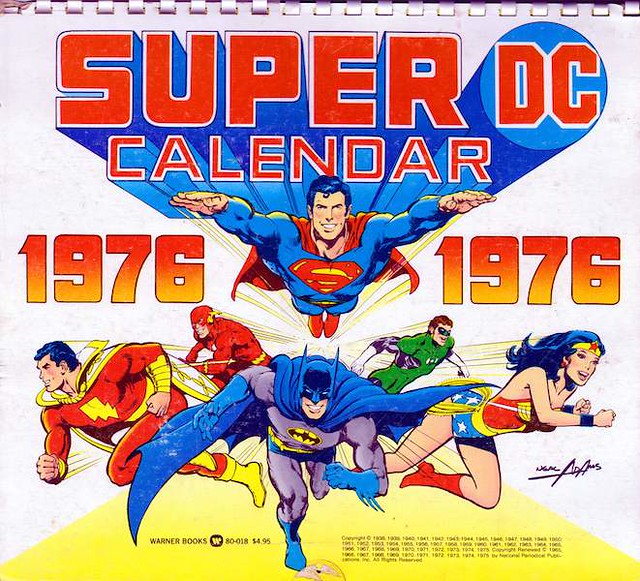 Welcome to the DC Universe Calendar! This page began its life as the result of a long search for the ever-elusive 1976 Super DC Calendar, the one which set about to “reveal” the various birthdays/anniveraries, et cetera, of all the major DC Comics characters of that time. With the help of a kind soul at the DC Comics Message Boards (which sadly no longer exists in any form) and John Moores in mid-2000, I finally gained all of the dates from that calendar and decided to immediately share it with the world via this webpage (and since setting up the page, I’ve received scans of the entire calendar). This page hasn’t been updated (until now) since May 2001, but it will be updated from now on as new dates are discovered (please send any I don’t have).

A few dates not originally included in the calendar (for various reasons) have been added; these updates appear in the color purple. As well, all discrepancies of dates are noted; these discrepancies are highlighted in red.